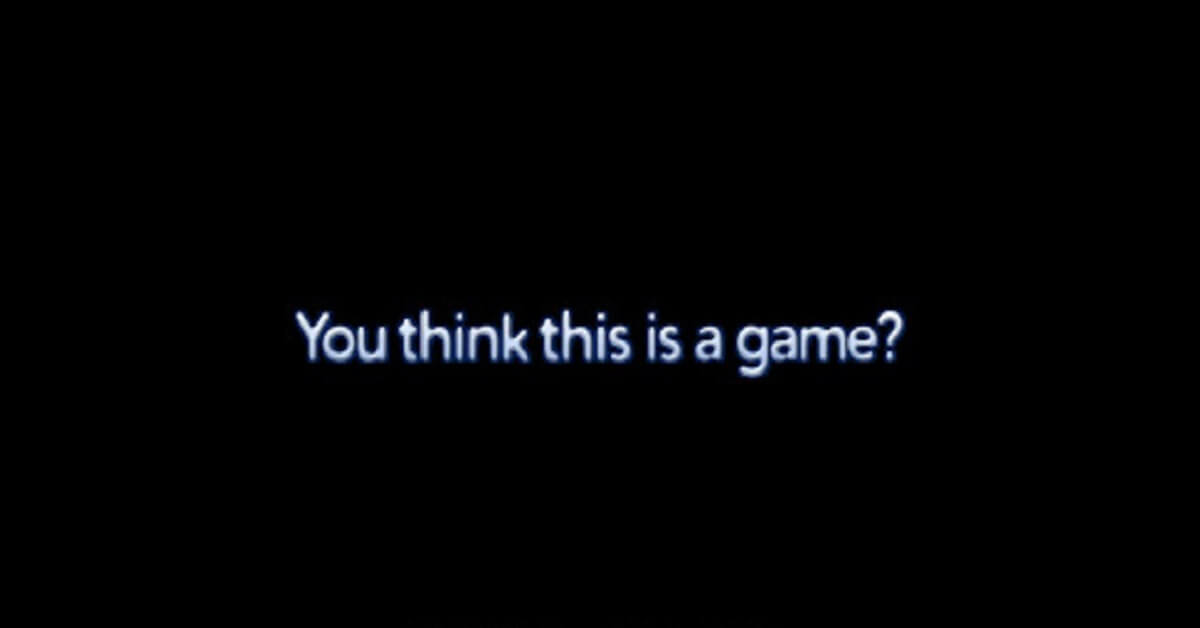 If you are a memer, then it would be extremely rare (READ impossible) that you have not come across the “you think this is a game” meme. No doubt, such bewitching memes are worthy of getting the limelight. While the phrase associated with the meme is commonly linked with macro pictures of starecat and other charming animals. We bet you won’t be able to get your eyes off of them.

These memes are often used in response to sarcastic comments or statements on the internet.

Where did such an insane meme idea come from?

If you are thinking, how did such a meme evolve, you have to look back to 1999 – to DMX, an American rapper’s first verse – in the song called “What’s My Name?”

It has been more than 10 years since people started posting this statement as a meme on 4chan (an imageboard where any individual can share images and post comments). We are not quite certain about the exact meme origin, but we are aware that it was utilized in a Gamers Cricket article – a blog about video games.

From there onwards, the meme was seen in various subreddits, in diverse hysterical starecat versions, as a response to annoying situations.

What to expect from this hilarious session?

With the passage of time, this meme is getting even more popular to an extent that today there are numerous versions of the similar meme used in every type of scenario. So, in case you were wondering about usingthe “you think this is a game”meme, then we have formulated an entertaining meme session with great examples on the internet.

Without further ado, let’s have a closer look at some of the funniest and satirical memes.

A furious conversation between a pussycat and a puppy

We must admit, these animals surely are mannerable. So if you ever wanted to see the English version of a pussy cat and a puppy, then till now you must have known that they are going to address you as sir or ma’am. Isn’t that adorable yet hilarious at the same time?!

Mr. you might offend someone by pointing the gun at them

Definitely, we are gonna take this matter –you think this is a game – seriously? Well, you better put that gun aside and we are gonna let you know who you are messing up with.

The bad-tempered cat wants to say something

Just wondering – when did the cats start having supernatural powers? How on Earth is she talking?

It is better not to annoy this cutie pie

We are not quite interested in inviting trouble on our own. So, yeah! We have absolutely no issues with this sweetie pie.

What has made him so mad?

When someone says: Can I play marbles with your eyes? Then you get such a reaction in return.

How can we get serious about this threat honey?

No one here would want to say anything bad to such an adorable little fella. Honey, this meme isn’t for babies, you better go home to your mother!

The sloth must have taken much time to express his anger

We are just trying to believe our eyes right now.

Well, if the sloth will ask someone – “you think this is a game?” We are pretty sure that person is gonna get a reply– “No.” Because nobody wants to ignore a warning from a sloth.

The fish seems like a mafia boss threatening its hunchman who messed up a deal.

Sir, can we get any tips for these whiskers?

We aren’t much interested in anything else, just simply tell us where did you get these whiskers from? They surely make the cat look that it means serious business.

Don’t look that way, you are freaking us out

Can you just stop staring at us?Do you think this is a game? This little bird’s warning should be taken seriously. If you ever find yourself in a situation where a cute little bird is looking at you like this, we suggest you run away.

It seems pussy cat isn’t happy after wearing the blanket

Can someone change her blanket please? Her expressions and intentions are clear that she doesn’t want to be wrapped in a blanket.

You need to take a chill pill darling

Mr. Husky, we think you have taken things a bit too seriously. Can we be friends?

Even Yoda wants to ask the same question

No, we just think you need to get proper sleep.

Yes, we think this is a mother f*cking game

Don’t be shy, open your mouth and say it. We are waiting for you to show your anger with words.

At least most of us know how to sing the alphabets

Nope, we don’t consider grammar as a game. Everyone knows that it refers to the structure and system of a language. So, stop calling it a game.

Excuse me kitty, can you even pronounce the word “grammar.” Well, we can wait, you can take your time. A meow attached to the word would do.

Rather than asking us such a question, can you tell us – why are you so cute?!

We have already given up. Now, can we get a hug?!

How can you look so adorable while you are angry?!

You can’t read the label of “stupid” on someone’s face or can you?

We can talk later on buddy. But first, go and draw your jawline with a pencil, it’s disappearing.

Can you lend us that red sweater?

It feels as if the sweater is really tight. We hope you are fine catty.

You need to get a life!

We are minding our own business. Bye!

After reading the above session, were you able to relate “Do you think this is a gamememe” to any of your situations? Well, we tried giving you a fun dose of the reading experience.