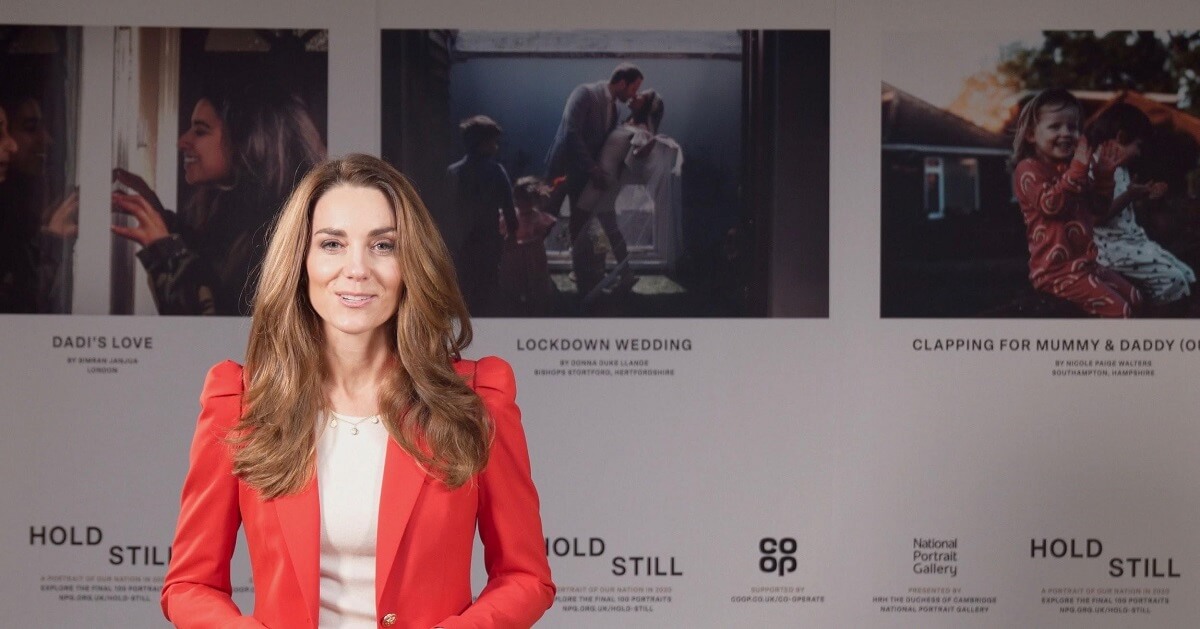 It goes without saying that the COVID-19 pandemic changed a lot of things across the globe. One of these things happens to be the relationship between Queen Elizabeth and the Duchess of Cambridge, Kate Middleton.

As per a US Weekly report from last summer, the Queen has been quite confident in Kate’s abilities to manage things impressively in her absence. For those of you unaware, Queen Elizabeth left for Windsor Castle in the wake of the pandemic, leaving Middleton with some major responsibilities.

Will Kate Middleton be Queen for her impressive efforts in the absence of Queen Elizabeth? Time will answer this question but for now, let’s take a look at some reasons why the Queen has grown fond of “the Children’s Princess.”

Prince William and Kate Middleton are nearing 10 years of their successful marriage. During Kate’s initial years as a part of the Royal family, it was quite evident that she wasn’t too comfortable with having the stage to herself at events.

It didn’t take a genius to figure out that she was comfortable with William having all the attention to himself. Moreover, her speeches and addresses were monotonous in nature. The nervousness used to be visible on her face during such situations.

However, when Kate emerged in a video last October situated at the Natural History Museum (London), her confidence was off the charts. To say that her presence completely wooed the viewers would be an understatement. Her stylish black trouser suit contributed to her impactful presence.

Along with her personal stylist, Natasha Archer, Kate has become extra careful when it comes to selecting the right outfit for every event. On many occasions, Kate’s outfits direct subtle nods to either Princess Diana or Queen Elizabeth.

What’s even impressive is that Kate wasn’t taught how to present herself as a member of the Royal family or a future Queen. Ingrid Seward, while talking to Hello, revealed that Kate had to learn without much preparation. Even though she would adopt certain little habits and actions of the Queen every now and then, the Duchess has only herself to give credit to for smoothly adjusting into the Royal lifestyle.

Like the Queen, Kate has proven herself to be quite good at indulging in small talks when out in Public

It doesn’t need to be said that both Kate and Queen Elizabeth are extremely dedicated when it comes to their respective affiliations with family and the royal duties. However, the Duchess and the Queen also share another pleasant similarity i.e. engaging in small talks.

Queen Elizabeth’s fondness for enjoying jokes at events is known across the globe. As for Kate, her habit of sharing short and heartwarming stories about Prince George, Princess Charlotte, and Prince Louis, is exceptional in its own right.

Instead of letting any royal insider break the news of her plans of having another baby, Kate herself revealed last year that Prince William wasn’t a fan of welcoming yet another baby to the Royal family.

During her appearance on the Happy Mum, Happy Baby podcast last February, Kate was quite upfront while discussing the issues she encountered during her pregnancies.

According to a royal insider, Kate’s unique style of interacting with friendliness and sincerity is one of the main factors that have contributed to the modernization of the royal family’s image.

The same insider also praised Kate for boasting all the qualities of a future Queen and revealed that the Duchess doesn’t disappoint when the pressure goes up.

For the royal family, 2020 proved to be a challenging year even before the COVID-19 pandemic started wreaking havoc. In January, the Duke and Duchess of Sussex were relieved of their royal duties after they decided to pursue financial independence. Their exit earned the tag of Megxit.

During these tough times, Kate Middleton became the royal family’s strength. The Duke and Duchess of Cambridge had to step up yet again once the COVID-19 pandemic forced the whole country to go into lockdown. The pandemic prompted Queen Elizabeth and Prince Charles to seek shelter in Windsor Castle. And in their absence, William and Kate had to fill in for them.

While the Queen has always liked Kate, her fondness for the Duchess grew significantly after witnessing how she handled everything to perfection amid the lockdown. Moreover, the fact that the Queen doesn’t have to worry about fulfilling her responsibilities, thanks to the availability of Kate and William, speaks volumes about the trust Her Majesty has in the royal couple.

While one can read dozens of reports about the Queen being fond of Kate, nothing comes across as more legit as the Queen openly endorsing the Duchess’ initiatives. And interestingly, something similar happened last year.

You may remember the “Hold Still” contest that Kate held in collaboration with the National Gallery last year. It turns out that not only Kate but Her Majesty was also impressed with the submitted entries/images.

After the Duchess shared the winning photos with the Queen, Her Majesty couldn’t control but pen down a heartfelt statement appreciating the photographers for capturing the strength of the British people during such tough times.

The answer to “will Kate Middleton be Queen?” isn’t available yet. However, it can’t be denied that after the departure of Prince Harry and Princess Meghan followed by the destructive pandemic, Kate Middleton proved why she belongs in the royal family and is held in high regard.

The Duchess’ efforts and contributions during these challenging times have earned her the respect and fondness of none other than Queen Elizabeth. Sources indicate that Her Majesty fully trusts Kate and William’s ability to make critical judgment calls. This has resulted in the relationship between the Queen and the Duchess becoming stronger than ever.