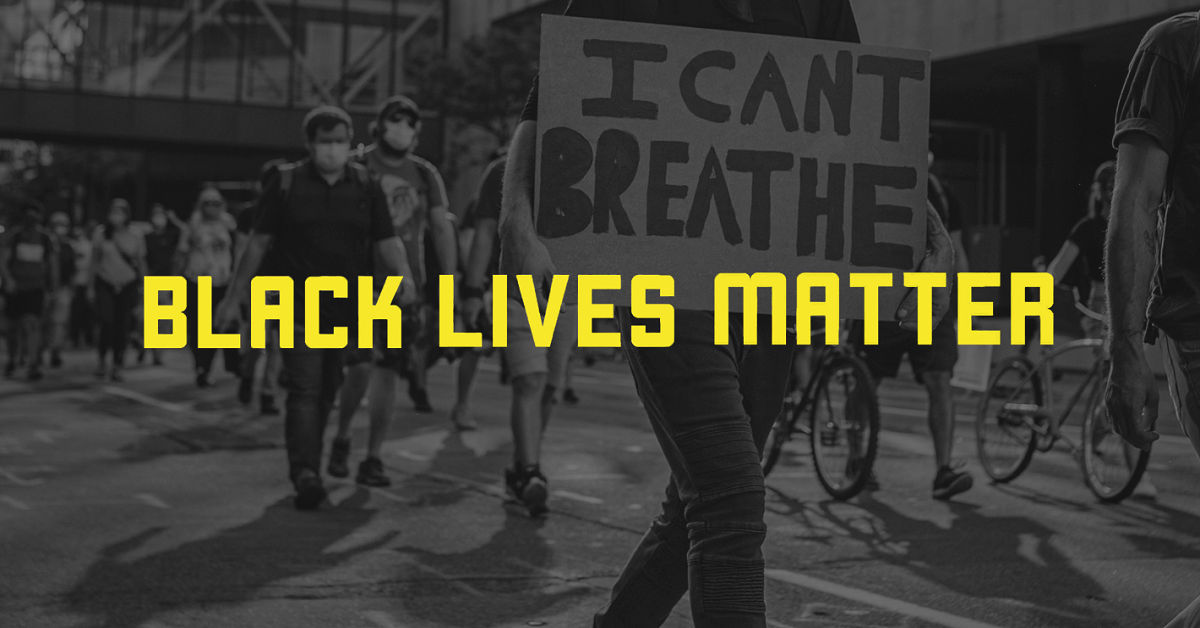 “Coming together is the beginning.

Keeping together is progress.

Working together is success.”

Three women who founded the global movement Black Lives Matter have proved every word of the above-mentioned saying to be true. It was in 2013 that a “Not Guilty” verdict was given against George Zimmerman after he shot dead an unarmed black teenager in Florida. Alicia Garza from Oakland shared a strong message on Facebook condemning the release of the murderer. Her post was shared by Patrisse Cullors with the hashtag #BlackLivesMatter. Opal Tometi who was inspired – by both the message and the hashtag – built a website called BlackLivesMatter.com. This is how the three women who run Black Lives Matter (BLM) came together and a movement was initiated.

While BLM was being used by the community as a platform to discuss and raise voice against the injustice and racist attitudes faced by them, and to highlight how even the state authorities suppressed and dissolved the controversial cases of black people like Tanisha Anderson and Tamir Rice, another incident in 2020 added fuel to the fire, thus resulting in increasing popularity of the Black Lives Matter movement.

A 46-year-old man George Floyd was killed on May 25, 2020 by a white police officer Derek Chauvin who reached on site after receiving a complaint by a convenience store employee that George had tried to buy cigarettes using a fake $20 bill. However, instead of investigating the matter or holding applicable charges against the accused, Mr. Chauvin kept his knee on George`s neck for at least 8 minutes and 15 seconds according to The New York Times, thus killing him instantly. In fact, videos reveal that Chauvin did not even remove his knee after George became unconscious – a perfect example of how deep-rooted the hatred towards black community is.

Whether it was because of availability of video evidence, or because people had enough time – thanks to the COVID-19 influenced-lockdown, this particular incident triggered public protests and demonstrations including not only members of the black community, but also their supporters from other communities as well. According to The Guardian, it might have been one of the biggest movements in US history with 7,750 demonstrations carried out till August 2020 in which 15-26 million people participated. Additionally, there were protests in almost every country and even politicians lended their support for Black Lives Matter Movement.

The movement made unprecedented progress as the founding members stayed together and united for their cause. It achieved success because the founders and their supporters worked together to spread the message of this movement worldwide. The success of this movement can also be attributed to the power of social media – for it was Facebook that connected the three women who run Black Lives Matter so successfully today. The platform helped many affected individuals to come together and unite.

Times have changed – and in a favourable manner – for supporters of BLM. Kamala Harris recently made history by being elected not only the first black, Asian-American Vice- President of the United States, but also being the first female in the country to be appointed at that position. This gives some hope to the marginalized communities. However, the BLM founders have made it clear that they will not support Harris just for being a symbol of their community but look forward to her serving as a fighter for their cause.

Black Lives Matter Global Network Foundation now aims to build local capacity in other countries, and looks forward to providing the organizers with guidance and support under its wing.

“In the upcoming year, we will provide resources to those new to the movement and interested in Black Liberation strategies by developing curriculum….”

PATRISSE CULLORS: one of the 3 strong women who run Black Lives Matter.

The way this movement has evolved from a social media post into a global phenomenon is truly commendable and the founders must be appreciated for their determination and effort.

22 thoughts on “Who runs the Black Lives Matter Movement: From where it started?”