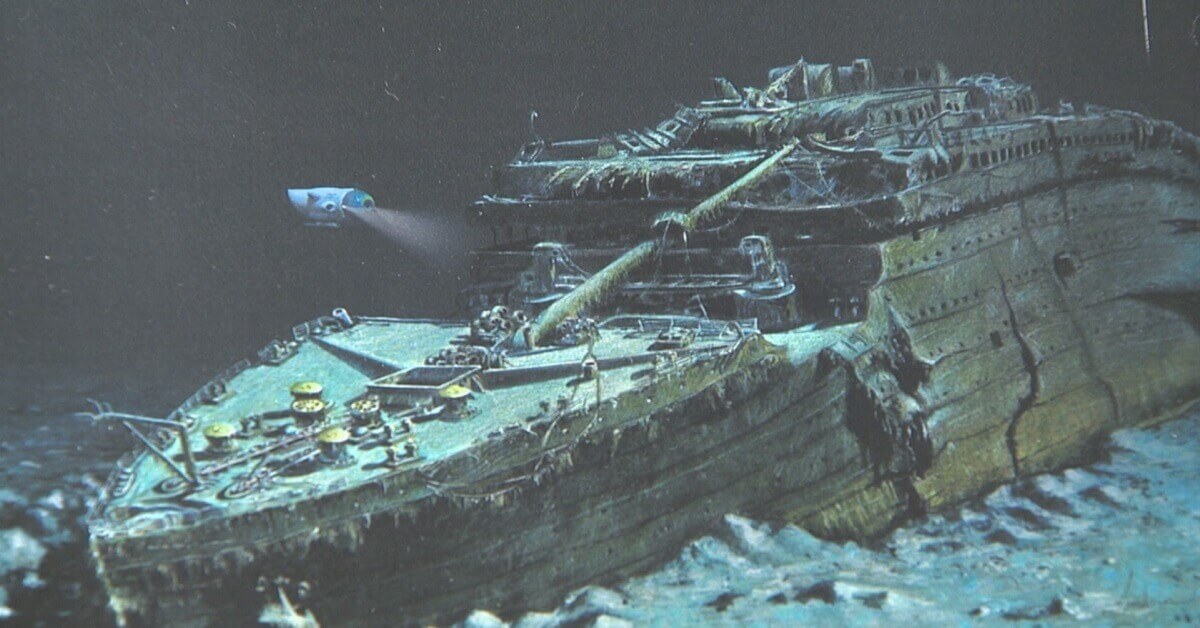 Are you a ’90s born? If yes, then you must have watched the movie Titanic. Well, it’s not necessary for you to be a 90’s kid, as even today it is one of the favorite movies.

There’s history attached to this gigantic ship; a lot more than what is shown in the movie. You cannot imagine the weight of titanic just by looking at it on the TV screen, there is a lot more to know about it. From its name to every small part installed in the ship, everything was well thought and well designed, even then, it wasn’t able to sustain the glacier.

Let’s dive into some facts to get an idea about the weight of titanic and how it was constructed from scratch.

WHAT SO SPECIAL ABOUT ITS NAME?

From day one, every worker knew it was going to be a gigantic ship and deserved a unique name. That is why Wolff and Harland who were on the project to build this ship searched for a unique name from Greek mythology.

The name was inspired by the ancient Gods of Greece, and the word Titanic came from the word Titan. Titans were the old Greek Gods that used to be gigantic, who were then replaced by younger ones; Olympics, Athena, and Zeus. There was another ship built alongside the Titanic, and it was named Olympic because it was similar yet smaller than the Titanic.

PEOPLE DIED DURING ITS CONSTRUCTION:

Titanic was constructed from 1908 to 1911 and was built 100 years ago. During the 1900s, there were no rules developed for the laborer’s safety and they had to work in unsafe conditions. This is the reason, 7 people died during the construction of this ship.

There is no doubt that the ship was one of a kind in its time and even today as well, but some spooky facts are attached to it makes everyone feel like it was cursed. If we talk other than the death rate, 246 people got injured during the construction and 1 died right before the launch which was quite shocking for everyone involved in the project. There must be a reason behind these incidents that we are unaware of.

The steel rivets of the ship, which were supporting the rest of the metals in the ship, weighed nearly 1200 tons, while the rudder of the ship was 100 tons heavy.  The reciprocating engines weighed 700 tons that helped to power the ship.

Titanic was primarily designed for first-class passengers that is why the builder of the ship created the deck with metal screens and sliding windows to provide extra protection to the first-class travelers.

THE MASSIVE POLLUTER OF ITS TIME:

It required 40,000 horsepower to move the titanic and the only source available to generate this amount of energy was through coal. It is kind of a strange fact but fascinating at the same time because it required 600 tons of coal energy every day to float on the sea.

Don’t you want to know how and who would do this coal-burning job? To feed the power engines almost 170 workers worked  24/7 all 7 days a week just to keep the engine heated. Not only was it causing air pollution, but the tons and tons of ash generated by the steam engines were dumped into the sea without any break. 30 boilers were heated over 150 furnaces to generate the required amount of energy.

The Titanic was not just a passenger liner but it was more than that. The name of the ship registered was RMS Titanic, meaning Royal Mail Ship. It was under contract with the US post office and the royal mail service that is why it had a separate well-developed mail office in the ship which handled 60,000 mails per day in its 25,000 cubic feet storage area. All these mails were managed by 5 clerks who were employed in that department for this particular task.

The Titanic was a small city in itself. It had everything that a city has. It generated enough energy to run a city. So, if somebody asks you whether you know about any floating city, you better take Titanic’s name.

THE CAPACITY TO KEEP LIFEBOATS ON TITANIC:

Do you know why a lot of passengers sank in the actual incident of Titanic? Titanic was large enough to carry 64 lifeboats on it which roughly could carry the weight of 3500 passengers. Unfortunately, they only carried 20 lifeboats before it sank which is possibly a reason it was unable to save a lot of people from sinking. Though it has 2,223 passengers and crew in total, as per sources but still it was not prepared enough to save everyone as it carried just 20 lifeboats and underutilized the capacity.

The builders of the ship were so confident that they did not feel the necessity of keeping enough lifeboats to save everyone on the ship. Everybody was so proud to be traveling in such a luxurious huge ship that nobody ever questioned about its safety features.

It is just a chunk of information about the ship that we have shared with you, there is still much more to know about it. Even the wrecks of this ship took 70 years to be found. When the ship was on a voyage, it was weighted 52,000 tons, which is A LOT!