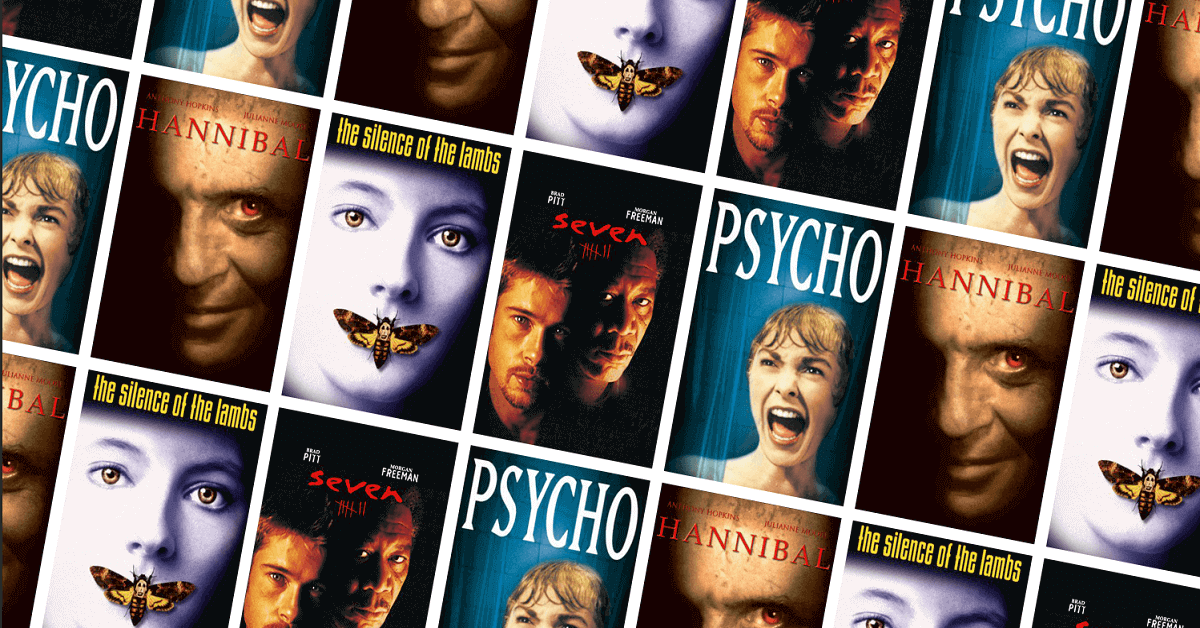 There are some movies that completely engross us to the extent that we can’t keep our eyes off even of a single scene, being worried that we might miss what comes next. On the list of such movies, ones that top the chart are usually those related to crime or horror.

It is just interesting how they engage us, leave us shaken to the core, and scare us – all at the same time.

In this article, we will be discussing six top serial killer movies.

In this movie, the child star who plays the character of Davey Armstrong has doubts that one of his neighbors is a serial killer. After spying on the suspect with the help of his friends, his suspicion increases. The boys then narrate their fears to Davey`s parents who get furious, disapproving of them sneaking into the neighbor’s house without permission.

However, as the movie unfolds these teenage boys continue investigating and eventually find out the bitter truth, but they get themselves into trouble during the entire process.

This movie really seems interesting and just reading the synopsis would make you want to watch it.

Eyes without a face

Even though it is one of the top serial killer movies, it can be very triggering for some. The motive of the killer in this movie is quite different than what is usually portrayed by such characters.

A horrifying, extreme, yet heart-melting (if considered from a father’s point of view), account of brutal murders to beautify his daughter.

The movie has strong visual content, so we would suggest watching this movie if you are mentally prepared to digest the graphics.

Even though it has made it to the list of top serial killer movies, Pieces is not a film that we would recommend. However, everyone is entitled to their own opinion. Therefore, we will share a brief synopsis so you could make a choice for yourself.

With the lead character killing his mother with an axe while he was still a child, the movie shows him turning into a serial killer as he grows up. The link between childhood and adulthood is that he killed his mother because she rebuked him for assembling an adult jigsaw puzzle, so he saws off pieces of women in college to create a real-life jigsaw puzzle.

Just like a classic movie scene, an unexpected storm brings a group of strangers together in a motel. However, unlike the most common storyline where they become friends and start sharing their life experiences with each other, the story takes a twist.

All members start getting killed one by one denoting that one of them is a serial killer.

To find out, who is the one, enjoy the movie!

The interesting part is that the serial killer in this movie is an unborn child! Yes, you read it right! A pregnant widow who is already devastated, goes around killing people because she thinks her baby is telling her to kill those who have given up on her, or ignoring her during such a crucial phase.

Definitely a top serial killer movie that is rather unusual.

We would recommend you watch it for yourself to enjoy the vibe.

Portraying a journey from suicide to serial killing, the main character in this movie is about to take his own life after being diagnosed with brain tumor and finding out that his own daughter finds him boring – till he sees a reality TV show where a spoiled rich teenager throws a fit because her parents bought her the wrong birthday car. It is then he decides that there are people who deserve death more than him, so he eventually turns into a serial killer and goes after his targets one by one.

Even though we enjoy most of these top serial killer movies, it is terrifying to think that one of those actual killers may be around us any time. The fact that they are ordinary people – difficult to identify – and may even be someone we personally know is enough to run a chill down one’s spine.

Maybe these stories fascinate us so much because they allow us to forget the harsh reality, and believe that such occurrences are just fictional and limited to movies and novels.

We hope everyone stays safe and enjoys the movies we have shared.