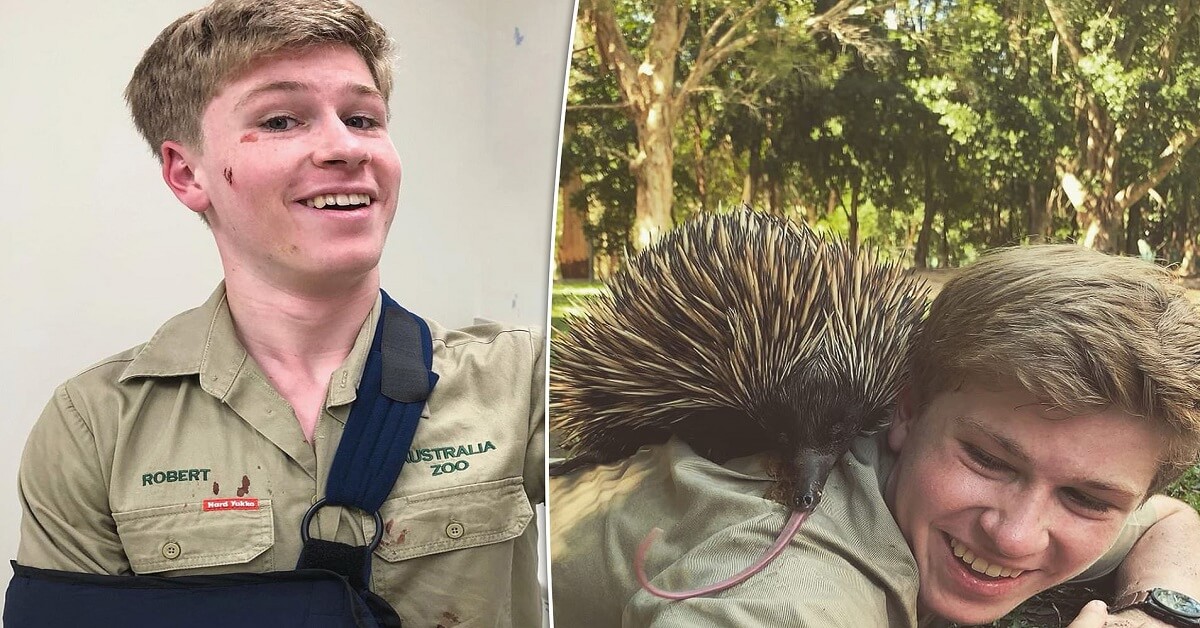 The internet goes crazy as Robert Irwin, the only son of Steve Irwin, the famous crocodile-hunter, uploads his picture along with his isolation buddy.

Robert irwin posts a treat to eyes on his insta handle

All of us were forced to lock ourselves in our homes, due to the pandemic. The social media was the only way out for entertaining ourselves.

Many celebrities managed to keep us entertained during the long course of the lockdown. Other than that, many of us were more active on Instagram, Twitter, and other social platforms than ever before.

Robert Irwin has also shared his image, in which, he can be seen self-isolating with his peculiar friend igloo, an Aldabra tortoise.

Many of us, who were not comfortable isolating at our homes, moved to different places to isolate. Similarly, Terry Irwin, along with her children; 16-year-old Robert Irwin, Bindi, and her husband Chandler moved to a zoo for isolation. It was during this time when Robert Irwin found his friend.

As soon as the young Robert Irwin posted his picture on Instagram with a caption, “My self-Isolation buddy”, it brought back his father’s memories for the fans.

Steve Irwin was a crocodile hunter, who rose to fame worldwide because of his death-defying stunts with these cold-blooded animals. He had a love for wildlife since childhood. However, his favorite species were reptiles. As he grew up, he earned living by capturing crocodiles for the Queensland government. He was such an excellent crocodile hunter, that his techniques are still used globally.

Steve Irwin rose to global fame when he and his wife decided to film a wildlife documentary on crocodiles, instead of going on a honeymoon. The short documentary turned into a full series, and it broadcasted internationally. Not only he received love from his local fans, but the global audience also applauded his efforts.

Steve made sure that he passes his love for wildlife to his children. He has taught his children to treat every living being with kindness. He always wanted to be remembered as a good father, other than anything else.

In July 2006, Steve and his wife were working on a ten-year business plan, which did not materialize. Steve lost his life during an accident at Batt Reef. However, his wife and his children continue to accomplish all the goals he had during his lifetime.

Robert Irwin is only 16 years old. Regardless of if Robert would choose his father’s career or not, one thing is certain – and that is – he is already following his father’s footsteps, and keeping his legacy alive.