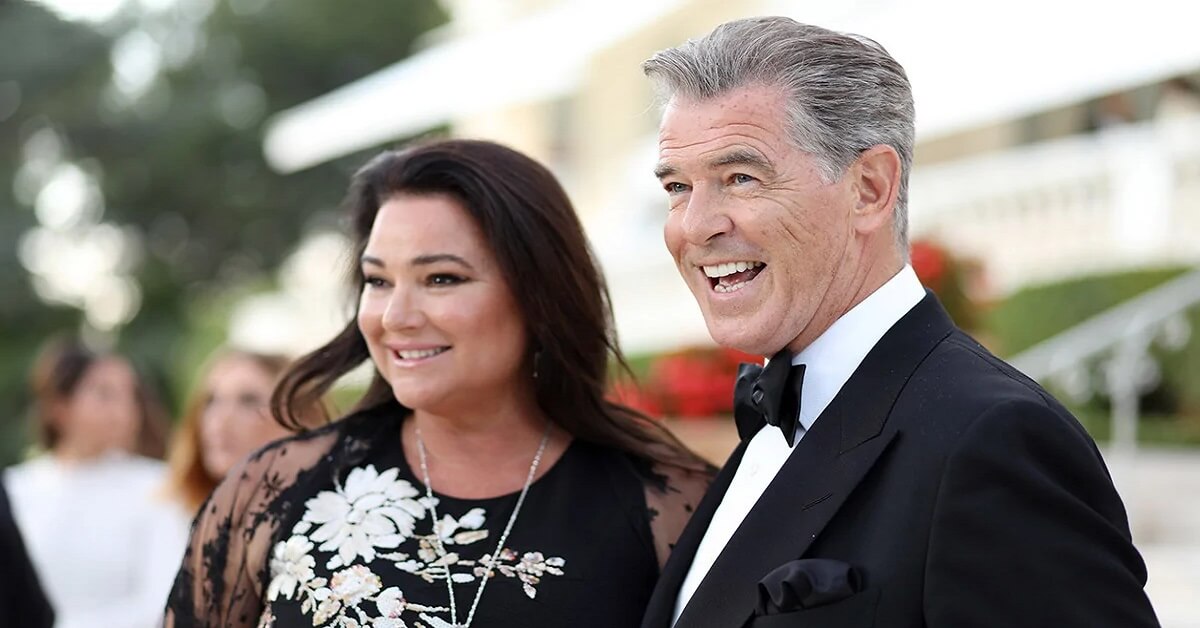 Pierce Brosnan is a man who needs no introduction. Known for playing James Bond, the actor stole hearts of millions of women across the globe. The dashing actor who has been nominated for sexiest man alive multiple times; has proven to be a total sold out when it comes to love- his heart beats only for his wife.

Pierce Brosnan’s wife Keely Shaye Smith still rings the bells in his heart even after spending 25 glorious years together. The man who has performed various romantic roles in movies; has a chiseled jawline which will spark jealousy even in Justin Bieber. This handsome hunk of Hollywood wears his heart on his sleeves only for his beautiful wife.

That is rare in today’s world; isn’t it?

Brosnan- the most handsome James Bond of all times – has been giving some serious couple goals after posting photos of the couple marking their 25th anniversary together.

The couple met in 1994 when Keely Shaye Smith used to work as a TV journalist in Cabo San Lucas. They quickly became fond of each other’s company and were literally inseparable.

Pierce told in an interview that the moment he met Keely it was impossible for him to lay eyes away from her. He exclaimed that wherever he went, he would miss her and send her tickets to join her so they could be together. It was like they were made for each other. On the other hand, the fire had been ignited in Keely’s heart as well. She stated that he was everything a girl would be attracted to; tall, dark and handsome along with being amazingly captivating.

They both got married at a 785-years old Ballintubber Abbey in the country side of County Mayo in 2001.

The Irish actor claims that he is just too lucky to have found someone as fascinating as his wife. He is an incredibly devoted husband and a father who likes to spend time with his wife and family rather than being spotted at the showbiz parties.

The Irish actor has been a heartthrob since his initial days of modelling. Brosnan posted a photo on his Instagram stating “thank you for love, my love of these past 25 years, onwards”.

The relation between Brosnan and Smith is too good to be true. It is just utterly beautiful. The couple is never hesitant to flaunt PDA whenever they get a chance. They both are still each other’s favorite and enjoy each other’s company over anything else.

The Mamma Mia star paid loving tribute to his wife on her birthday stating that she still is the only woman for him. He stated that she is the driving force of his life. He is nothing without her. He loves her passion, her vitality. Whenever she looks at him; he goes weak at the knees.

It is so rare to find such effortless love stories in today’s world.

Pierce Brosnan’s wife Keely Shaye Smith is his second wife. Pierce was earlier married to Cassandra Harris who died in 1991 after shortly being diagnosed with Ovarian cancer. Brosnan lost his daughter Charlotte in 2013 from the same disease as well. He was totally devastated by the tragedies and it was no other but his wife who supported him through these trying times.

In a recent interview; Pierce was asked what his favorite holiday is? He promptly replied: a romantic weekend getaway with his wife to Santa Barbara. They will stay and look at the houses and have great wine. They will find solace in each other silence while listening to each other’s voices as the world around them sorts it out itself. No music needed!

Pierce Brosnan is a man of many words. He often takes refuge in his Instagram handle to express his emotions and love. He likes to commemorate anniversaries and birthdays of his loved and near ones. Quite recently, Brosnan paid tribute to the ex-James Bond actor Sir Sean Connery exclaiming that he was mighty in every way. It was a beautiful tribute etched with emotions.

Not many actors of his generation are keen to express themselves so fondly on to newer mediums of expression like Twitter or Instagram. Pierce Brosnan is one such man who is leading the way for many fellow counterparts to follow.

The friends and fans go absolute bonkers whenever Brosnan posts about his wife and him. The messages start pouring in from people across the world wishing them eternal happiness. The couple very fondly holds hands or kiss each other; they can easily be mistaken for newlyweds.

Pierce Brosnan’s wife Keely stated that the key behind long and healthy relationships is to spend quality time together and respect each other. It is very simple. Respect and be honest with your partner and the time will fly.

Here’s wishing Pierce Brosnan and his wife Keely Shaye Smith; many more years of marital bliss and blooming love. Such couples are rare to find and truly an example for society.