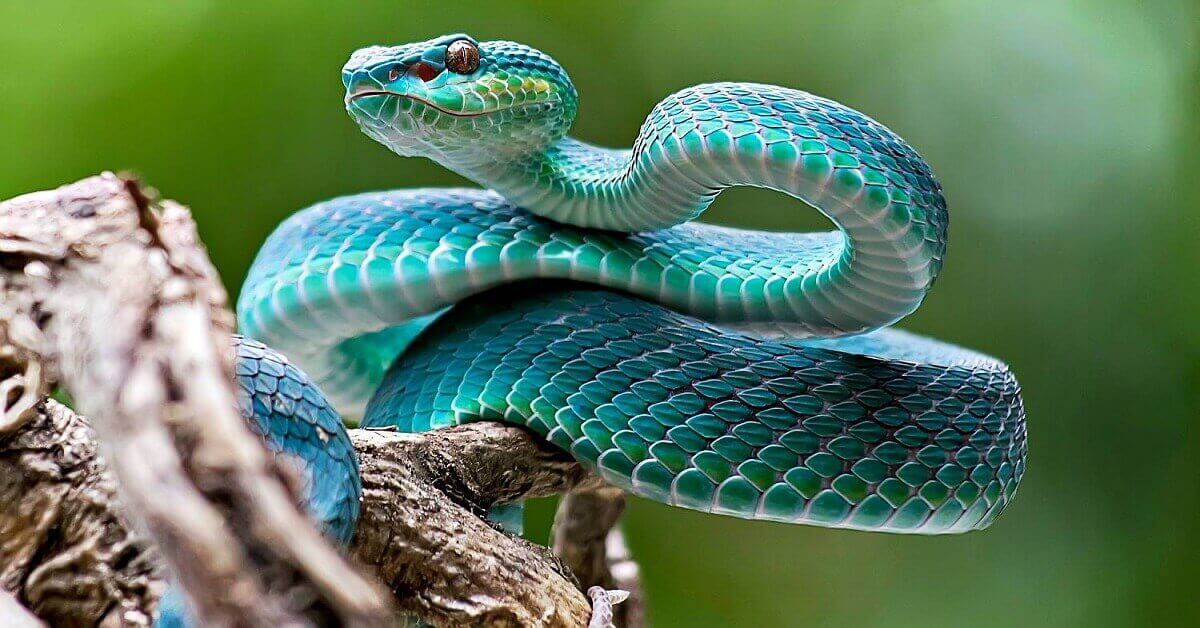 Snakes are skillful predators. Don’t dare to entangle them. Otherwise, you will face death. Certain death.

Out of the 600 known poisonous species of snakes, only 200 or 7% snake species can kill a human being instantly with their venomous bites.

Some snakes are so poisonous that they can kill an animal – as big as – an elephant.

Lists are inconclusive and deceptive. Why? Because, when it comes to enlisting the most venomous snakes in the world, organizations tend to classify snakes on the basis of different factors, including, toxicity of the venom, the effect of a snake-bite, the amount of venom needed to kill an animal in a laboratory test, the average length of an adult snake, etc.

Although snakes are deadly predators, they don’t attack humans, unless they feel threatened, or when they want to escape from a threatening situation. They only attack in self-defense, by using the only means they have – the venom.

Let’s check out the most venomous snakes in the world.

But before we delve into the details, let us tell you that most of these venomous snakes have black and upright pupils covered by a pea-green eye-lid. On the other hand, non-poisonous snakes have circular pupils. But you just won’t be able to differentiate if you aren’t an expert.

Native to Oklahoma, Texas, and Kansas, the Timber Rattlesnake is one of the most venomous snakes in the world, thanks to its highly toxic, complex venom, high venom yield, and long fangs. It is known to hunt during the daytime. It feeds primarily on rodents, amphibians, birds, and insects.

The king cobra is indeed a king! It’s the world’s longest poisonous snake. Its length has been estimated to be around 5.5 meters or 18 feet. Quite huge. The king cobra is primarily found in Indonesia, Philippines, and India.

A king cobra’s bite can be poisonous to an extent that it can lead to the death of a human being within 15 minutes. As mentioned earlier, it can gulp a whole Asian elephant.

The Inland Taipan is also popularly called the ‘fierce snake’.

The poison of this snake includes various blends of mycotoxins, neurotoxins, and procoagulants. A single bite of this fierce snake can choke the breathing process in humans, that eventually leads to death. Its venom can permanently damage blood vessels and muscle tissues.

Indeed, this poisonous snake is one of the most venomous snakes in the world.

The Black Mamba is one of the most poisonous snakes found in Africa. It can move as fast as 12.5 miles per hour, or 5.5 meters per second. Too quick! It’s the second largest on the Earth.

If you happen to be bitten by Black Mamba, you can die in less than 30 minutes.

The skin color of this giant venomous snake is sure to give you a caution – stay away.

These banded kraits can be considered as a bit reserved and they won’t bite you out of the blue. But when they get into action, the consequences are deadly. Their venomous bites might result in choking of breath and dereliction of the respiratory system.

Moreover, they reach up to 2 meters in length. It has accounted for nearly 10% of deaths in the world.  It is one of the most venomous snakes found in India.

These are the top five of the most venomous snakes in the world.

We just hope none of us lands up in a situation where we get to see them. Stay safe.