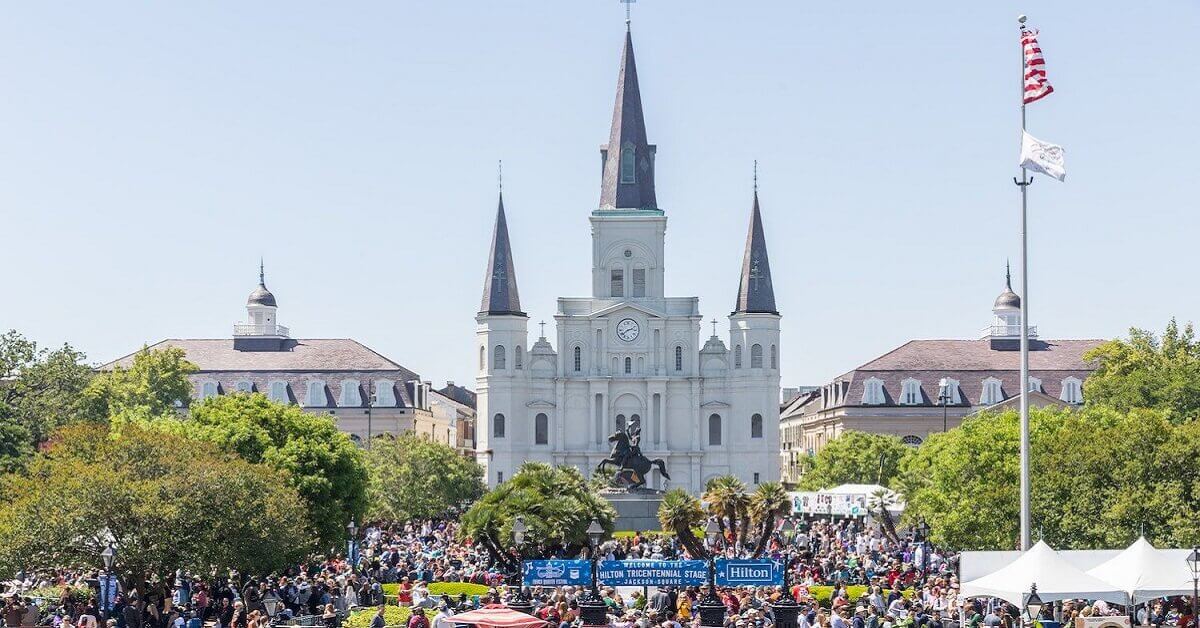 Friendly people, delicious food, and awesome music; Are the qualities we look forward to before planning to visit any country or state. If the entertainment options are not vibing with you, you better not plan further with your decision to explore that state.

Speaking of the state, have you ever visited New Orleans? If not, then you should be there already! You are missing out on a lot of entertainment. It is one of the most vibrant, alive, and adventurous cities in the world. There are lots of interesting facts about New Orleans, which we will be showing you by taking you along with us (virtually).

So, tighten your laces, fasten your seat belt, and take a deep breath, because we are taking you through some really interesting facts about New Orleans, which will leave you with no other option than to visit it in reality.

Without any further talking, let us get started!

You must be thinking all your life that the famous bourbon street of New Orleans must be named after the Bourbon Whiskey, well to clear this assumption – the street is named after French Bourbon Dynasty.

New Orleans is famous for its Mardi Gras season, which is celebrated on Tuesday, a day before Ash Wednesday, world-class and leads up to Easter every year. The meantime is the season of fasting celebrated by Christians Over there. Fat Tuesday is called because it is their last day before starting the fasting season and considered the last night of eating fatty foods.

Hence, they have to wear a mardi gras mask before riding on the mardi gras float, otherwise, they will be fined.

If we are saying it is creepy then you better believe it. New Orleans is famous for these haunted and creepy stuff like old mansions and graveyards which is a must-visit for adventure seekers.

The LaLaurie Mansion is one of the oldest haunted houses in the state which resides near the PeychaudFrench Quarter. After the big fire, when rescuers entered the mansion, they found slaves chained with walls and human body parts scattered on the ground. Hence, it holds many other secrets which are still unknown to the residents of the state.

Isn’t it surprising that the USA’s first cocktail, “The Sazerac” was prepared by Antoine Peychaud in a French Quarter in New Orleans.

This is crazy! right? The dental floss we have been using all our lives was invented in New Orleans by Dr. Levi Spear Parmly. He invented the first form of dental floss using spearmint.

In the early twentieth century, black musicians in New Orleans first developed jazz music. It is said that New Orleans was the only place where slaves could own drums with the permission of their owners.

Yes, it is true! New Orleans was the first home to American Mafia.

Creole is the main type of food cooked in the state, but the town is famous for its Cajun food.

It is quite strange to know that the entire city is built on a swamp which makes it important for the residents to believe that the dead people will enter the tombs in the city above the ground.

Most of the buildings and areas in New Orleans are inspired by Italian architecture while its neighborhood is called French Quarter, which is quite a strange coincidence.

It is one of the few cities in the world which have lived under 3 different flags, French, Spanish, and then again French. Eventually, it finally sold to America.

The capital name was changed twice, starting from New Orleans and ending on Baton Rouge making it appear two times first in 1846 and then 1879 till present.

So, how was it? Could you resist not going to such a rich and eccentric history? We could not! Its endless adventures and entertainment opportunities cast a global attraction for 17 million people (about the population of New York) per year around the world. From world-class gastronomy to distinctive architecture, this city welcomes you with its tropical climate and jazz music to have fun. Needless to say, it is a city in a class of its own.