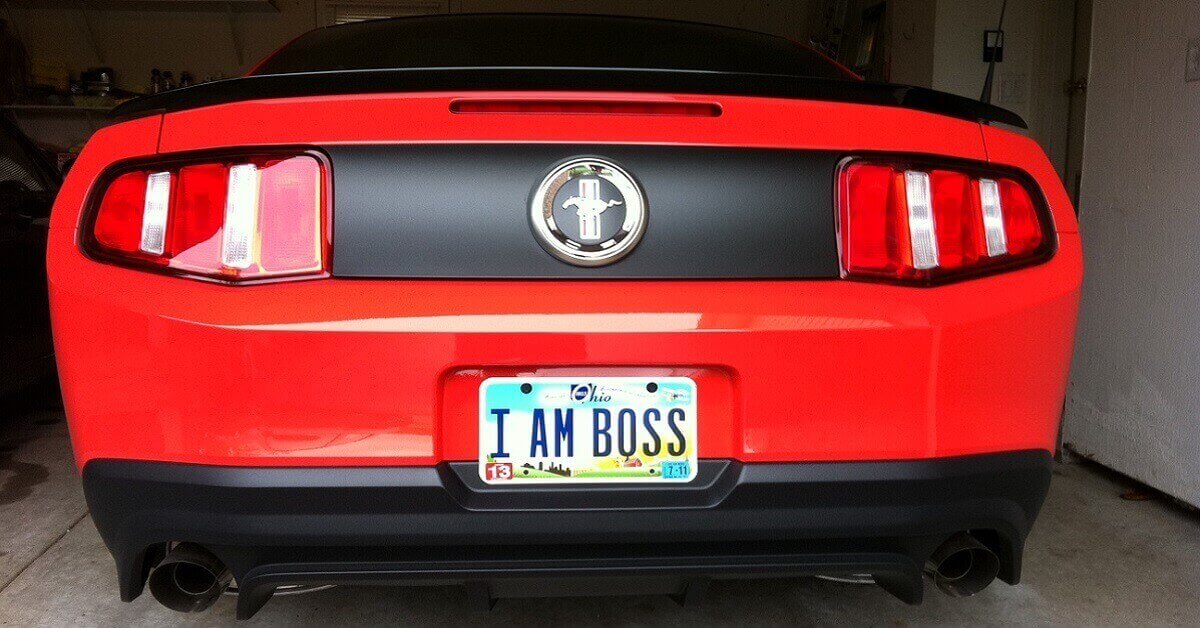 Be it clothes, fashion, or car number plates; humans make statements to stand out of the crowd in the most spectacular and at times outrageous way.

You need to give full marks to some of the owners of these hilarious yet creative number plates that can give you sudden fits of laughter while going on a long route. Let’s have a look at some of the best license plates making waves on the highways across the globe.

The greatest metal band ever!! METALLICA. This number plate shows off the love of a crazy fan. Often people are seen infusing their tastes and love for a particular band or artist in their lives. People like to show off their favorites in public as well. This one here seems like an avid Metallica fan who wanted to show off his love for the band through his number plate.

This particular license plate makes you ponder over the thought of whether it’s the owner who is timeless or it’s the car? The car sure does look timeless after leaping into the times of millennials from the simpler times of generation X.

These funny personalized number plates will not let you have a bad day. Out on the road, suddenly you witness a car sporting the Muahaha number plate and it will immediately make you burst into laughter. Is it the MOJO JOJO cackle or the evil laughter of Maleficent, only the owner can tell but it surely can brighten up your day?

What can be more sarcastic than this truck depicting its wearisome state through a number plate? The owner is bound to be tired by all the hard work one does as a truck driver. One’s humorous nature is depicted by the classic choice of personalized number plates. It is short yet delivers the message perfectly with a slight tinge of humor attached.

The owner calls out to be excused openly. This is a clever notation to get noticed when on the road. When this sleek white beauty drives past you, you are bound to take notice of it as well as its funny personalized number plate.

Just as the license plate depicts the owner surely is CLUMSY!!! We found this picture being floated on various social media platforms by the friend of the owner. The owner was supposedly having her bowl of cereals when this accident occurred. She sure is CLUMSY. We like her level of honesty! The personalized license plate is so cleverly chosen to depict the true nature of the owner.

This is by far, our ultimate favorite personalized number plate. What a clever owner. The colors of the car and the number plate are so contradicting, yet funny and noticeable at the same time. One is bound to have a long second look to reconfirm what is being stated. Kudos to the owner for coming out with something so original and unique to stand out among the many cars on the road.

Ferrari or a Pokémon?

This yellow Ferrari was spotted in Hong Kong displaying the number plate of Pikachu. So you get a Pokémon while buying a Ferrari? An intelligent amalgamation by the owner will make other cars shriek with joy.

This license plate on Tesla got us into fits. WOW!! A genius number plate to troll all the normal cars. Tesla is the first electrically operated car on the road. People who are into budding technologies are opting for Tesla motors rigorously. This looks like someone who is happy with their decision and wants the world to notice one’s transition from an oil-backed automobile to an electric one.

Do you still need testimony?

What a clever way to stop the noise and be self-aware eh? This license plate says it all. Straight to business, yes the owner is well aware that it is a car and that is why it is burning the fuel on the road, unlike someone who might mistake it for being a cart or a cycle.

These were a few of our favorite funny personalized number plates viral on different social media platforms. Do let us know your favorite in the comments.