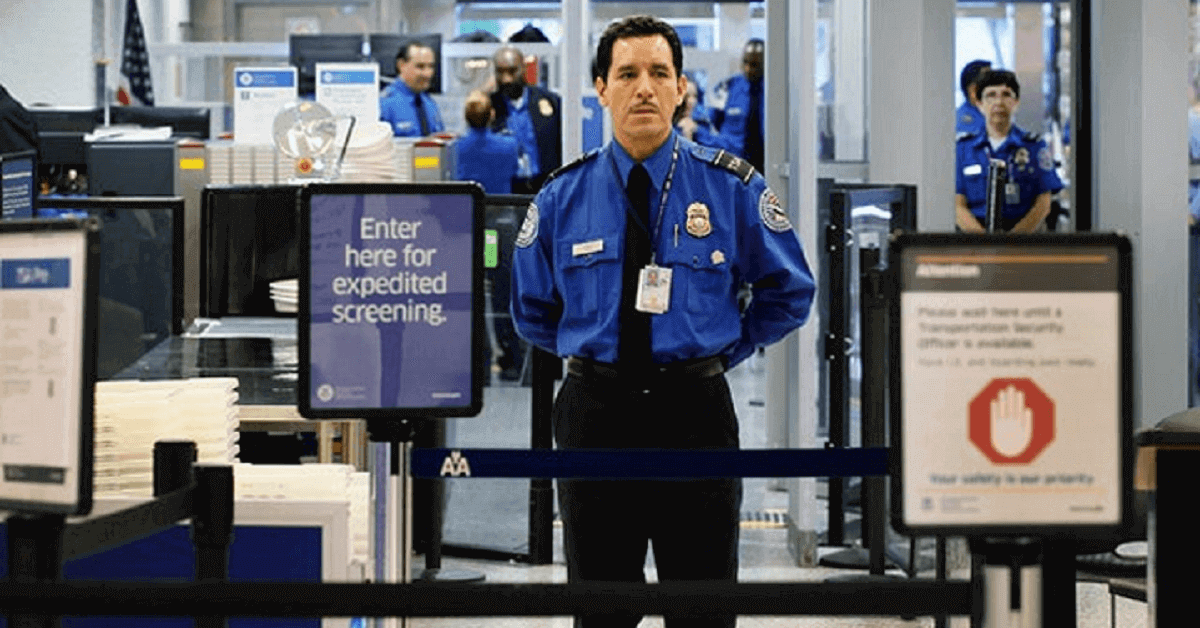 Air travel is considered to be one of the safest modes of travelling. The credit for maintaining the decorum of the entire process – partially goes to the staff at airports who check all passengers before giving them a clearance to board the plane, ensure their possessions do not contain any prohibited items, and their luggage does not exceed the allowed maximum weight limit.

While making it through the airport security successfully is intimidating for some people, others manage to enjoy the experience.

Below are some funny airport security photos that were captured at different airports when unusual, but funny incidents were witnessed.

We all know that valuable items, including our wallet, cell phone, hand bags and laptops, have to be put in specific baskets and passed through baggage detectors before we are allowed to take them with us.

Someone took the instructions a bit too seriously, putting their most valuable hand-carry possession (their baby) in the basket and placed it on the conveyor belt.

Someone put in a stick as their luggage!

All firearms and harmful devices, imitation weapons and replicas that could be mistaken for real weapons are strictly prohibited on board.

Maybe the person might have thought this stick – as the only weapon for self-defense – would pass through without any objection from the airport security. Whatever the reason be, we are yet to find out.

Security staff at the Orlando Airport – responsible for baggage clearance – retrieved almost 50 packets of biscuits from a passenger, leaving them confused enough to consider the vague possibility of the person being a smuggler.

He might have been a hoarder though, or maybe, he was suffering from aerophobia (flying anxiety). Whatever be the case – this ought to be amongst the most epic airport security photos you would have come across on the internet.

This photograph of a human stuck inside a baggage scanner at the airport is hilarious.

For most international flights, passengers are required to remove items like shoes and jewellery, and get them scanned whereas, the humans themselves have to pass through metal body-scanners so that any prohibited items can be detected.

Maybe this person was unaware of the difference between the two, or simply decided to protest in a unique manner after getting tired of the multiple steps involved in airport security check – each one of which requires waiting in long queues.

This is an extremely funny photo, but it reflects how difficult the job of airport security staff is.

Whenever travelling alone, we tend to receive constant reminders from our family and friends to take extra care of our belongings, not to leave our valuables unattended, lock our bags while sleeping, and not to trust any stranger who offers help.

This woman spotted at an airport in Taiwan took some extra safety measures so that no one would even consider coming near her belongings, let alone touch them. Her bag has the following words printed on it in capital letters:

“This BAG CONTAINS A GUN, A BOMB, A VERY LARGE KNIFE, AND LOADS OF DRUGS”!

It’s one of the most hilarious and funny airport security photos.

Either this person is a die-hard Rob Halford fan, or has purposely worn this t-shirt at the airport where he knew he would be made to pass through metal detectors.

However, the text on his t-shirt served as a double entendre when the photograph was captured. Either he is challenging that he can pass through metal detectors uncaught, or maybe it is a harmless print on a metal-god-themed t-shirt.

This photograph was shared by a person who found the items included in the hand-carry of a fellow passenger.

In view of security measures, sharp items of everyday use, such as nail cutters and pocket scissors are confiscated at the airport as they are prohibited onboard.

Upon finding a person was allowed to carry this – giant and pointed, claw-like branch of a tree – the complainant mocked the passenger that the above item was allowed in hand-carry but her nail clippers were found to be dangerous.

Even though all of the images included are hilariously funny airport security photos, and there may be many more on the internet, we must not undermine the importance of the job, and the services rendered by the Airport Security Staff.

Therefore, the next time you intend to travel by air, make sure to read all the rules beforehand to avoid trouble, and embarrassment at the airport.