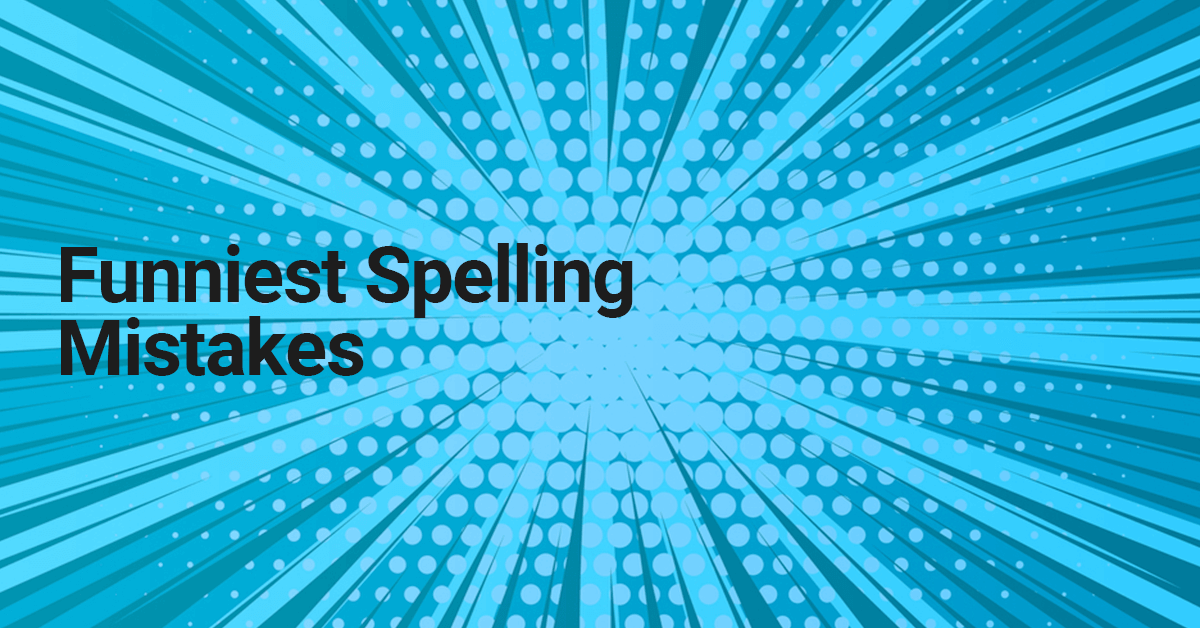 Spotting a spelling mistake brings immense joy to all of us for unknown reasons. Not to mention that this bout of happiness only emerges when the error is on part of someone else, and not ourselves. Some typos and misprints result in terms that do not exist in the English language, thus making it obvious that there ought to be a flaw in the message. Others, however, lead to the construction of hilarious sentences because the blunder produces words that have a completely different meaning from what the writer intended.

Although most people understand the purpose of the message concerning the context, they do not spare the opportunity of clicking a snap and sharing the error with their friends for amusement. Consequently, photographs of text containing some of the funniest spelling mistakes have been circulating on the internet. We have gathered a few to entertain our readers.

There would be hardly anyone who would answer “NO” to that question because not wanting to exist would indicate that the person is looking forward to death.

The explanation for such a strange question is that a spelling mistake in the computerized command box has caused the word “exit” to be replaced with “exist”.

This is a true indication of the fact that even computerized software are not always error-free.

Probably, the reason they emphasize spelling in elementary school is that skipping just one letter can convert the entire message into a joke.

Sometimes, feelings that we cannot verbally communicate are reflected by our facial expressions. At other times, spelling mistakes perform that task for us, and that too, coincidentally.

In the above image, the sign for an “Executive Board Room” is wrongly spelled as “Executive Bored Room”. Although the latter is correct given that these rooms are a venue for lengthy, corporate meetings, employees must ensure that they do not say this out loud if they want to save themselves from the wrath of their supervisors.

Although it is quite impossible to own a car and pay the parking fee before one is even born, if that’s the new rule, we must figure out a solution for the future generations-until, of course, “exiting” is once again misspelled as “existing”.

Bagels are a popular bakery item, and most people enjoy consuming them fresh and hot, but would you eat one that has already been licked or tasted by someone else?

The answer is obvious and the question itself would result in nothing but a disgusting reaction. Hence, we wouldn’t be surprised if sales of the outlet are reported to have declined following the notice that suggests using “tongue” to make the desired selection.

This is one of the funniest spelling mistakes where tong is written as tongue, thus leaving the customers confused and equally worried at the bakery’s hygiene standards.

We wonder whether the teacher should be happy upon receiving the compliment or disappointed at the fact that s/he failed to teach his/her student the correct usage of words despite being the “best” teacher according to the pupil’s judgment.

This is a real example of how far the effects of one small spelling mistake can extend. Manufacturers may face a loss due to decreased sales as a result of misprinting on articles, so much so, that they have to reduce the prices to get rid of the stock.

After the blunder of misspelling, “afternoon shifts”, here is another job advertisement from McDonald’s; the irony is that this one also involves a typo. Once again, the recruitment message from this particular fast-food chain ends up having a gross meaning which would result in repelling applicants rather than attracting them. Maybe McDonald’s needs to hire a proofreader before recruiting other staff members.

Spelling mistakes are funny until and unless they don’t ruin something as serious as a medical prescription. Imagine the patient failing to understand that the drug needs to be taken with food, or he/she delaying the consumption because of the confusion resulting from the typo. Consequences can be quite serious, and therefore all those involved in such processes must make sure that prescriptions reaching patients are error-free.

The sad story of the person who got this tattoo engraved can be reflected via the prominent error which has completely ruined the design of this body art.

The individual probably wanted a text reading “no regrets”, but the wrongly spelled “regerts” probably made the poor soul regret his/her decision for life. Although some may laugh at this blunder on part of the tattoo artist, we sympathize with the person this has happened to.

First of all “dognut” refers to an ugly, male. To the best of our knowledge, they are not for sale, and not for a price as low as $2.25.

However, if doughnuts are what this sign is referring to, that’s a different story altogether.

This would probably be one of the first signs communicating that illegal parking is acceptable. Before you happily park your vehicle in a wrong spot and are surprised by the fine that follows, we would recommend using your brain and considering the possibility of “fined” being misprinted as “fine”.

If this sign makes you wonder whether retail outlets are being added to the red light district, you are mistaken. A wrongly spelled ramification of the word “prosecuted” is what led to the development of this hilarious message.

Although the intention of the shopkeeper(s) was to discourage theft of items by walk-ins, they became the subject of laughter and criticism after unintentionally putting up an offensive public notice.

Would you invest in a product or a service if you have the slightest feeling that the sellers who promote it, do not use it themselves? The above advertisement for a course that claims to teach the English language so perfectly that the students would start speaking and writing like a college graduate, contains so many spelling and grammatical mistakes that one would be apprehensive towards availing their services.

The fact that they declare to teach perfection to others when they still need to work on their skills is rather amusing.

Even if the best physician of town came to tell you that you should orally consume a particular medicine 3 hours before your death, you would probably not take the drug for two reasons:

The amusing fact is that the typo does not even do justice to the spelling of “dead”. Written as “ded”, it probably means bed, but what it causes to the readers is a great deal of confusion.

Having seen examples of the funniest spelling mistakes and the repercussions associated with them, we hope you would try to avoid such errors when writing any message. One tip is to proofread any content before submitting or uploading it on the desired platform.