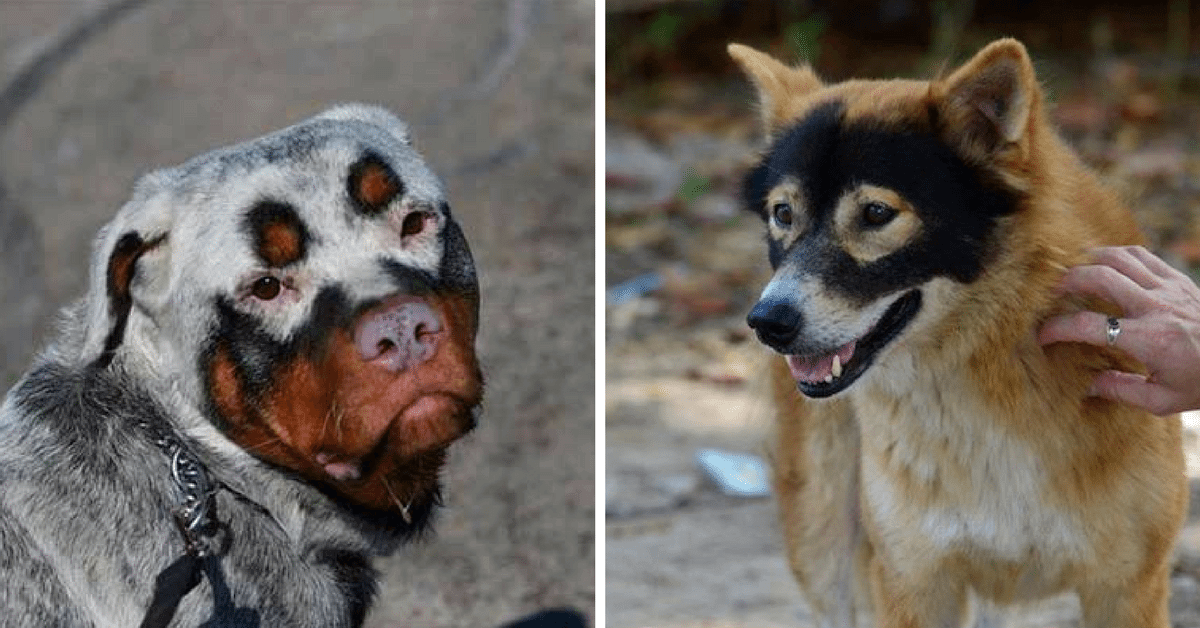 Who isn’t aware of the story of Tarzan?

We all grew up listening to, and being fascinated by the fictional tale that unfolds the surprising account of how a human kid was raised by the Mangani apes. Having lived in the African jungle since he was born, Tarzan found it extremely difficult to adjust to human civilization later on, and chose to return to the wild lifestyle he was accustomed to.

Even though this story was purely fictitious, you would be surprised to know about a similar real-life incident where a calf named Goliath has been raised by a totally different species of animal.  Fast forward, now the cow thinks it’s a dog.

This calf (baby cow) was rescued by a woman called Shaylee Hubbs when it was only a few days old, and was being taken away from the farm for slaughtering. Though this is a cruel practice, it is a fairly common one in the dairy industry. The purpose is to save the cost of milk that would be consumed by calves, and sell it commercially so as to earn profits.

Hubbs took the helpless animal home and fed it through a milk bottle. Recovering under the care of an expert veterinarian, the calf soon became a part of the family. The most interesting and attention-grabbing twist in the entire story is that the calf lived with three pet dogs.

One of the three dogs took it upon himself to nurture and mother Goliath. What makes this already surprising fact particularly interesting is that this dog, named Leonidas, is a male.

This true story proves two of the modern phenomena.

Just like Tarzan’s eating and living habits were influenced by those of the animals living in the jungle, Goliath who has been living with three dogs since he was only a few days old, enjoys socializing and playing with them, even though it has now grown up to be a young cow. Not only this, but he munches on dog food and drinks water from the bowls of his friends.

Sleepovers seem to be common too as Goliath is often found lying in dog beds and copies his counterparts’ acts such scratching the ears – a trait that is specific to dogs.

Witnesses, including Shaylee Hubbs and her family narrate heart-warming details of how Leonidas literally made Goliath stand up on his feet again by licking his face and nudging him affectionately as if encouraging it to stand up during Goliath’s initial days, as he was weak. Not only that, but just like a mother stays by her unwell child, Leonidas was seen lying beside Goliath for hours, just to console and comfort him.

Though by now the family is well-aware of the strong bond shared between two of their pets, one incident still shocked them so much that they actually preserved the memory in the form of a photograph. It also made them sure about the fact that their cow thinks it’s a dog.

It so happened that upon her return from an errand, Shaylee found Goliath missing from the playhouse in their backyard which has been converted into a room for this cow. This made her frantically panic, given the fact that she resides in a mountainous region surrounded by wild animals. However, as she entered her lounge, she found Goliath comfortably lying on the couch, just like their dogs usually did.

The owner of this cow reported that she had previously caught Goliath standing by the window and peeping inside as if envying the dogs but never thought he would actually imitate them to this extent. This funny act amused the Hubbs family so much that they clicked a picture and shared it on Twitter. Given the widespread use of social media, the photograph soon made rounds on the internet and made Goliath a star.

Below is the picture we are referring to:

Now that Goliath is convinced, he is one of the dogs and has also found the way to sneak indoors, we highly doubt he would want to live in the playhouse again.

Till then, watch the video that perfectly sums up the entire story and be amused by Goliath`s mischief.