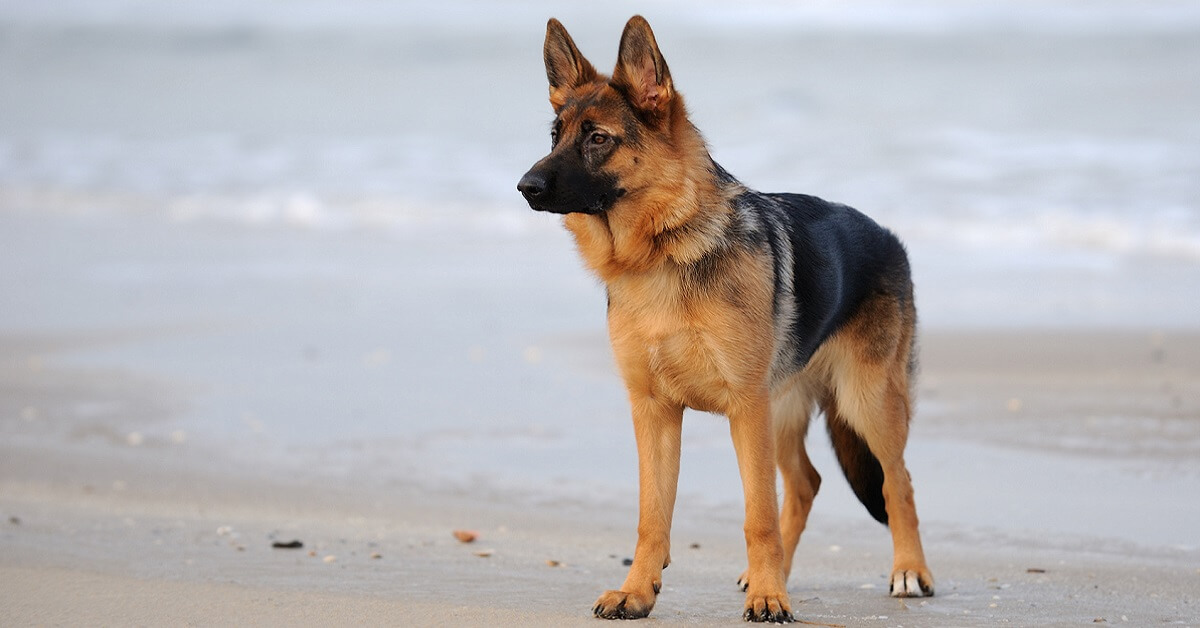 “Everybody is a genius, but if you judge a fish by its ability to climb a tree, it will live its whole life believing that it is stupid.”

Without getting into the debate whether Albert Einstein said these words or not, let’s agree on the fact that everyone has different strengths and different weaknesses. Inability to be proficient in the same field that your peers excel in does not make you any less worthy or less intelligent than them. It simply means that we are all unique, and that is exactly what makes this world interesting and colorful.

Ryker, a German Shepherd, who failed all the tests for qualifying as a service dog, has succeeded at winning millions of hearts. His video captioned “Epic Service Dog Training Failure” was released on the internet in 2018 and presented him failing miserably at the assigned tasks. However, his cute and hilarious actions during the assessment are what made him popular worldwide. The credit for Ryker’s fame goes to his trainers at the Double H Canine Training Academy, Louisville, who filmed his struggles during the exam and uploaded them on the internet.

Ryker may not have what it takes to be the perfect service animal but he has the skills to entertain people and make them laugh. The video that turned him into a celebrity overnight can be viewed below:

In the opening scene, Ryker can be seen pulling a wheelchair. If he would have completed the task to perfection, it would have meant that the animal is trained to aid a handicapped person who might be unable to access the pushchair. However, Ryker being Ryker toppled the chair while excitedly tugging it with excessive force.

A similar course of events continues throughout the video. Ryker gets distracted by tennis balls attached to a walker and jumps to play with them, forgetting all about his responsibility of assisting the person carrying that walker. He snatches the walker from the individual which could have had serious consequences if the situation was real, rather than a simulation. However, seeing how Ryker can’t resist his urge to play makes viewers of the video burst into laughter.

At this moment, Ryker looks no different than an adamant child in a park who pays no heed to his/her parents’ instructions despite being able to hear them, just so s/he can play a few more minutes at the venue before going back home.

Tennis balls seem to be Ryker’s favorite toy because merely a sight of them is what made him fail most of the assessments. A hilarious incident that occurred during the exam is that Ryker was walking on a leash that was held by a person sitting in a wheelchair. Upon sighting a ball, Ryker became so excited that he immediately started running towards it, causing the unprepared leash-handler to fall off the wheelchair.

Even when Ryker tried to remain focused on his tasks, his luck did not cooperate with him. For instance, he abided by the instructions to pick a water bottle but ended up holding the bottle so tightly between his teeth that it got punctured and the water leaked all over the floor.

Similarly, Ryker used so much force when trying to open a fridge that he displaced the entire refrigerator.

Whether the poor animal was just having a bad day, or he was a victim of an evil eye, we cannot say for sure.

Just like students who do not get promoted, still get to stay at the school and repeat the course, Ryker continues to be a student at the Double H Canine Training Academy. According to updates, the celebrity dog has become a lot calmer than he was during 2018 but he still does not fall in the category of perfect service dogs. However, there is nothing to worry about because irrespective of his performance, he is being treated well. Ryker is currently residing at his trainer’s home who plans to continue teaching him new tricks.

Numerous videos of Ryker are now available on YouTube where he can be seen performing Halloween dance, getting his first haircut, knocking over a Christmas tree, and carrying out many other stunts. The fact that Ryker has a huge fan following and people want to remain updated about his activities has made his life similar to that of a TV or film star.

Why do dogs have to take an exam?

After reading this story, many may find it strange to hear that a German Shepherd fails service dog test. Their astonishment might arise out of their unfamiliarity with the concept of dog training and the following assessment.

It is a fact that earning the badge of a service dog requires one to clear the test.  Though Ryker’s attitude during the assessment reflects that animals hate exams as much as we all used to in our school days.

Anyways, for those wondering what a service dog is, it is a dog that is trained to assist people with disabilities. Therefore, it must be responsible enough to complete the tasks assigned to it rather than getting distracted by attractive items. Once the training is complete, the respective animal’s behavior is assessed by putting it in situations that it should be able to handle when accompanying a person with restricted abilities. Besides helping those with limited mobility, service dogs also come to the rescue of those with autism, visual impairment, hearing impairment, seizures, and psychiatric disabilities.

Given the responsibilities associated with a service dog, you can judge for yourself whether Ryker deserves this title or not.

It is rightly said that a dog is a man’s best friend. It may entertain humans as Ryker does, provide them assistance like a service dog, or bring happiness to their life in general by becoming their family member (in the form of a pet). No matter what role this animal plays, it will make you love itself via its loyalty and affection.