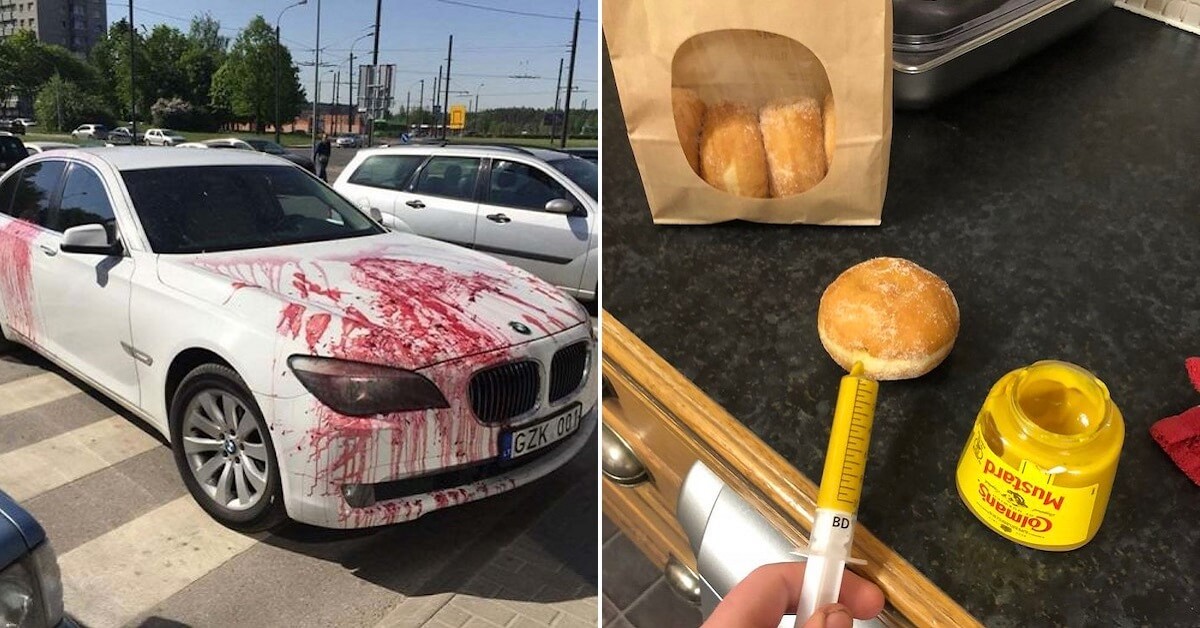 Even though it is often said that the best revenge is no revenge, we as human beings, tend to hold a grudge against someone who has caused us harm or humiliation. While some may keep the resentment to themselves, others are on the lookout for a perfect opportunity to make things even.

Here are some of the best revenge stories. Some will make you laugh while others will shock you to the core, making you realize how far humans can go in their feelings of anger and bitterness.

And the tables turned

We`ve all been bullied at some point in our lives. It’s just that some of us know better how to deal with the situation on spot, while others take years to carry out the act of vengeance.

A girl who was constantly being bullied by a guy at her high school shared how she found the perfect opportunity to teach that boy a lesson.

The amusing part is that there was no way she would let go of the golden chance, even if it came at the cost of lowering her own grade.

It so happened that the boy was seated next to her during an exam and “ordered” her to place her writing booklet such that he could easily cheat from it. The girl, who had maintained a good academic performance throughout the year knew she could still clear the overall assessment if she failed that particular exam (even though that would mean passing with a lower grade).

Can you guess what she did?

She PURPOSELY failed her own exam, just so that the bully would fail too.

Now, that’s an extreme level of revenge that involves self-harm. However, the calculated risk taken by the girl denotes her intelligence.

Maybe it’s all about priorities: much-awaited revenge over a good grade any day.

How would you feel if your descendants started a war over who’s going to inherit what from your property while you are still alive?

At least we would be deeply offended.

Heck, let me spend my own money while I still can.

This is exactly how a grandmother felt when her successors started fighting amongst themselves over her possessions. She placed the following advertisement in a magazine.

This has to be one of the best revenge stories ever.

When living in dorms, we have all had different roommates. We absolutely loved some fellows and they were more like family, meanwhile, others we couldn’t wait to get rid of at the end of the term.

The most irritating scenario is when some of them don’t do their fair share of work while living in the same house/room, leaving everything to you.

In an episode of sharing interesting revenge stories, this is what a person narrated. Their roommate always got away without cleaning the bathroom when it was her turn to do the task. As an act of vengeance, the OP started using her roommate’s loofah as a cleaning tool.

Imagine having to use the same loofah during a bath that was used to clean the bathroom.

The next time you plan on skipping a routine task when living in a shared house, do think about this incident and it would serve as a motivation for you to carry out the much-dreaded chores.

Do you want a gift?

Some of our exes have been nothing but evil to us. Besides the hurting break-up, the way they treated us during the time of our relationship calls for a savage revenge. Here’s how a girl paid back her ex-boyfriend for being a terrible partner.

Since she had his contact details, she repeatedly signed him up for receiving free samples of a product. Now, you may be wondering how such a sweet gesture is an act of vengeance?

The product she signed him up for was adult diapers!

Imagine being bombarded with them unnecessarily for six weeks.

That’s what the boyfriend had to go through. We feel for that guy.

How frustrating is it when you buy your own stock of edibles and place it in your office drawer so you could consume them as and when needed? Imagine a situation where they have been consumed by someone else, when you needed them.

Same happened with an individual who often found his coffee creamer being used up, in spite of it being labelled clearly that it was not office property.

One of the funniest and best revenge stories lies ahead as the person emptied the container and filled it up with ranch dressing. Obviously, the coffee-creamer thief found the drink to be really weird and learned their lesson after the incident.

This is definitely a good idea to stop someone from using your things without permission.

There will be multiple other revenge stories that you may have heard, read about, or lived through. How many of them were interesting or savage enough to share?